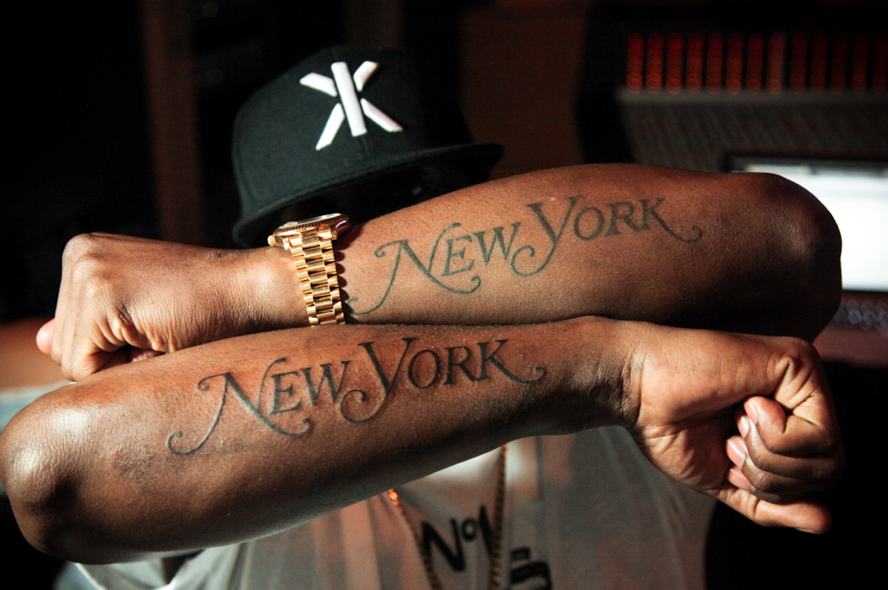 The Diddy session was very random. Carlos received a text message at 10:45PM Friday night from Diddy’s assistant Neil which said, “hey Carlos, are you available to come up tonight? Diddy wants to get his other arm done, he has a studio session at midnight”. Carlos had done the first “New York” tattoo on Diddy’s forearm which gathered lots of attention through the Social Media when @iamdiddy posted it. So Carlos called his personal Photographer Tony Adams and said “hey we are going to meet up with Diddy, Tony thought it was a joke, Carlos replied: Im serious bro meet me at the shop (Vatican Studios)”. They met up and drove up to Burbank and followed directions to the address and realized it was Encore Studios, which Carlos has previously been there in the past with his good friend “The Game”. When Carlos and Tony arrived at about 12:30AM they walked in to the studio and realized both P Diddy and Meek Mill’s were recording which they did not expect. Carlos brought Diddy a special gift ( a framed drawing of Biggie) and handed it to him before he got started. They hung out for about 3 hours before even getting started. By 3AM Carlos was able start his work on Diddy’s arm while @meekmill was recording and doing his thing! The over all night was a lifetime experience Carlos said, “its a big honor to work on Diddy since he only has a couple of tattoo’s. Here are the final pictures! Until next time…